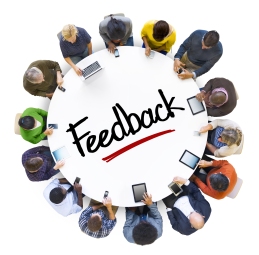 Criticism is sometimes treated as a dirty word, but think about two indisputable facts about our lives: nothing is perfect, and the only way to improve something is to find and correct its flaws. Knowing this, we can infer that everything should be open to criticism, and that criticism is necessary if we ever want to improve anything. It may not be fun, to give or receive, but if you want to make things better in your career, your relationships, and your life in general, you have to fight against the stigma of criticism and learn to give it without being negative.

How can you do this?

1. Remove the focus from the individual

One of the most important qualities of effective feedback is specificity. The first part of this “specifying” process is all about identifying what it is you actually want to criticize. For example, if you feel like your work environment is hostile, walking into your boss’s office and claiming “this office is terrible” isn’t going to help anything. Precisely indicate what factors and items rest at the root of your issues. For example, “there’s a lack of efficient communication between supervisors and subordinates” is much more specific, and identifies a key area that needs work. Productive discussion can then take place.

Most of us are used to playing social games where we dance around our true meaning with ambiguity and indirect references. Forget those social minutiae when delivering your criticism–they aren’t going to help you. You may think you’re softening the blow, so to speak, but what you’re really doing is injecting ambiguity to obscure your meaning. Passive-aggressive comments like “some of us prefer to get to work on time” or ambiguous comments like “I think maybe you could stand to plan your morning a little better” bear little meaning, and may even be irritating. Just come out and say it: “your punctuality needs improvement.”

4. Frame your criticism with compliments

Let your recipient know that you aren’t just trying to put them down; frame the negative elements of your critical feedback with compliments. This is a bit of a psychological trick, preventing the recipient from suffering a blow to her ego, but more importantly, it shows that you’re paying attention to the total picture, not just one element. For example, you might say, “Great work on that project! Your writing was crystal clear. I think it could use a little more research to back up your facts, but overall, it’s on point.”

Criticism without a suggestion is like being a navigator, telling someone they’re headed in the wrong direction, and refusing to tell them which direction is the right one.  don’t do this to your recipients. Give them at least a few options for potential development, or they might not take any effort to improve on their own. For example, you could say, “your scope documents sometimes come over as ambiguous. Could you start using a consistent format? Would it help if I came up with a list of questions for you to ask the client?” Offering your own help is always a good thing too.

6. Recognize your own subjectivity

Human beings are incapable of being objective, no matter how much we try to convince ourselves otherwise. Indicating your own subjectivity, and your own proneness to human error, will make you appear more humble, and therefore more sincere in your delivery. It doesn’t take much to imply this–a simple aside is more than enough. For example, you might say, “I’m not an expert on the subject, but I believe your plan is missing a few key details.” Don’t deprecate yourself, but admit a degree of uncertainty unless you’re absolutely sure of yourself.

7. Practice what you preach

This is a general best practice that will improve your reputation, but it’s important to acknowledge in the context of giving criticism. If you align yourself to the belief that criticism is necessary and everyone needs it, you need to be able to take it as much as you dish it out. Demonstrate your full commitment to criticism by accepting criticism of your own work. Learning to take criticism is an art in itself, but as long as you make yourself open to it, you’ll set a better standard for your entire team.
It’s a sad fact that most people still take criticism as an insult or as a “bad thing” in general. But if you frame it correctly, even the staunchest opponent will find themselves able to recognize that you’re doing this for their best interests. This doesn’t always make it easy to give or easy to take, but it does produce the best possible scenario for what is, ultimately, a necessary exchange.

Spread the word
Like
Authentic leadership, authentic motivation, Awakened life, Care for the Caregiver, Compassion Fatigue, Emotional Intelligence, Equanimity, intrinsic motivation, loving kindness, Mindfulness, Peace of Mind, personal evolution, Phylllis Quinlan, The Middle Way, The Price of Caring Too Much, waiting to be happy
Cover Story: Bullying in the Workplace A Guest Post by Don Sandler
Caring Is A Delicate Balance: Creating Caregiving Circles with The Share the Care Organization

Want Your Vision to Stay Sharp and Healthy? Check Out These 11 Preventative Eye Care Tips A Guest Post by Aaron Barriga

Is Meditation In the Workplace a Good Thing or Just Another Wellness Hack? A Guest Post by Vytautas Vaitkevicius