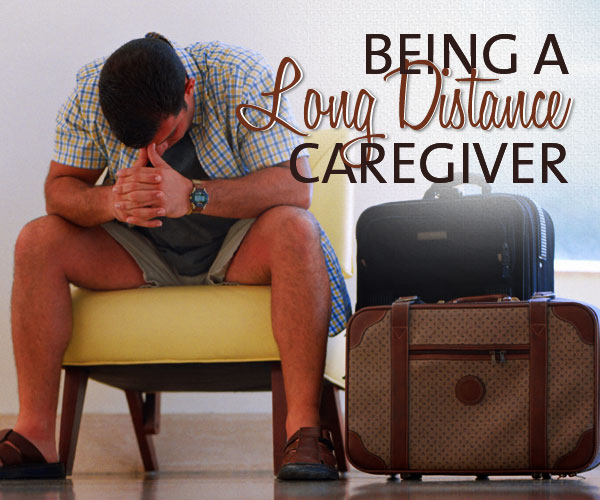 Long-distance caregiving  has become a rather common phenomenon in the world and this inability to be physically near to the beloved ones reasons for daily stresses as here a caregiver’s mind not only concentrates on what has happened, but is also occupied by the imaginary emergencies which could happen. Of course, in a similar situation you might have tried to repeat yourself “I will be next to them, whenever they need me”, meanwhile having an inner secret fear of being late. And actually, life proves that the cases when an elderly person needs a help require quick actions and the clock in such cases always works against the positive ending, on the other hand, it is a well-known fact that the occurrences of a health  crisis increases along with the age. Moreover, the elderly may sometimes have some physical limitations and it would be hard for them to reach for the phone to be able to communicate about their immediate needs, let alone the cases when a sudden fall or similar emergency totally deprives them from the ability to move.

It is here that the answer of technological means in the shape of medical alert systems arrive. Medical Alert systems provide an irreplaceable support to those who live far from their senior loved ones and cannot afford visiting them as often as they wish, who, meanwhile, grant an importance to the ability of being informed about any emergency. Medical Alert systems promote careless and independent lifestyle of the elderly and meanwhile ensure high-quality care on the part of the caregiver, thus boosting the feeling of security for the both sides.

Medical alert systems are made up of several parts – the transmitter (a help button carried or worn by the user usually as pendant or necklace), a base station and a  response center. When the elderly feels the need of immediate help s/he pushes the button, after which a connection is made to the response center which provides round-the-clock guidance and assistance. In addition to making a connection with the operator, who sends the required assistance and shares some useful tips and pieces of advice while the help is on the way, if it is previously arranged, the operator may connect to the family members, neighbors or other caregivers and notify them about the emergency (some medical alert systems even  allow programming several other phone numbers as contacts, along with an automatic call to response center).

Another level of security will be reached in case you use a medical alert system with the ability of GPS and fall detection. The first is especially helpful for those elderly who do not love to stay at home and rather, prefer playing golf, jogging, hiking, are in habit of driving  or simply enjoy walking around the blocks, while the second will free your mind of the worries that an elderly may fall and as a result will face up movement elimination and a consequent inability of calling for help(on this note, it should be highlighted that falls are rather common among the elderly, to be more exact, research reports that “About one third of the elder population over the age of 65 falls each year, and the risk of falls increases proportionately with age. At 80 years, over half of seniors fall annually”).

With enabled GPS system, thanks to satellite tracking technology, help will find you wherever you go. When an emergency happens, or a fall is detected a connection is made to the closest response center, even if the person was not able to press the button and by means of GPS alert system mapping, a help is sent to the due direction. So, in such cases, you as a caregiver who really cares, can be sure that the elderly people will be actually reached for whenever it is needed.

Overall, medical alert systems are an essential way of preventing emergency situations with negative outcome of your beloved seniors, meanwhile improving the life quality and sense of security for the elderly and their caregivers meanwhile  not require huge financial investments.

MFW Consultants to Professionals was founded in 1994 by Phyllis S. Quinlan, PhD, RN, NPD-BC. Over the past 25-plus years, the Firm has grown into a full, multiservice consulting company.